Part 1 in the 3 part series Your Identity and Your Money. Find Part 2 here and Part 3 here.

We all know someone, and I know I’ve been that someone, whose identity has gotten all tangled up in their stuff. When what you own becomes who you are, you become fearful of losing it; when a car is no longer just a car or a house a house you start making stupid decisions. 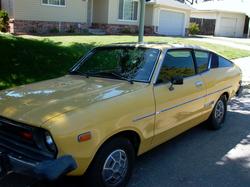 I’ve had that identity problem with a car. The first brand new car I bought for myself was a BMW 325i. It was beautiful and fast and came with a very thick payment book.  That car replaced maybe the ugliest car I ever owned, an orange Datsun B210 hatchback. I bought that one used for about $800 as I remember. It was easy on gas, took me where I wanted to go and never failed me. I neither loved nor hated that car; it was just a car.

Before the B210 I had a MGB Roadster with rusted out floorboards. I loved the MGB. I didn’t even care (most of the time) that it constantly failed me. However, once I had a baby, I started thinking that a car should be safer; like maybe it s 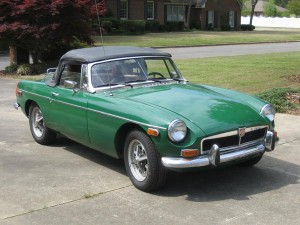 hould have seatbelts and perhaps you shouldn’t be able watch the road whiz by between your feet.  As much as I liked the MGB – it was a car that I owned and had fun driving – it never became part of who I was.

The BMW was a different story, I bought it because I was selling and was convinced by others (it didn’t take much convincing, I really like cars) that I needed to look successful. I loved not just the car but also the way that car made me feel –  more successful, more important, more grown up. It also made me feel very broke.

About half way through that book of payment coupons, my marriage crumbled and I found myself as a single self-supporting self-employed mom. That car payment was by far my biggest expense and many months I worried about 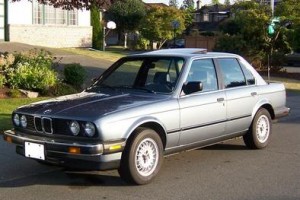 making it. The real problem came when the car needed maintenance or repair. The dealer’s service guys were always very polite and efficient. They would fix the car, wash it and deliver it back – usually with an invoice for over a $1000. A $1000 was a fortune to me at that time.

When there were well over 100,000 miles on the odometer and with coupons still in the payment book, in the middle of nowhere it quit on me requiring a long distance tow. I decided I should bite the bullet and get something dependable and that I could afford.

The way I know for sure my identity was all tangled up with that car, was that when I decided I couldn’t afford it one more day, I ended up at the BMW dealer negotiating a trade of my upside-down, much too expensive  present circumstances car for a new one just like it.  With the car picked out, the loan approved (a loan that covered not just the new car with no down payment but also the deficiency on the old car’s value), I arranged to pick up my new ride the next day. I was trading an almost paid off car with payments that choked me for a heavily financed car with even bigger payments that would go on nearly forever. What is that definition of insanity? Doing the same thing but expecting different results.  Oh yeah, I forgot.

Someone saved my life that night; I can’t remember just how it came about but with the next morning came a burst of sanity. Instead of driving up to the BMW dealer to pick up my new car, I headed over to the Honda dealer and traded the old Bimmer on a very vanilla Civic. With the upside down car rolled in to the new car loan, I’m sure it was one of the most expensive Civics ever sold – still it was nowhere near the price of the new BMW. (While not as stupid as the purchase I almost made, I have learned a thing or two since that day and now would never finance a car and I would be very reluctant to buy a brand new car – here’s how I would buy today.)

I know you expect me to tell you that I loved that sensible Civic; that I never again wanted for a fast, tightly engineered, cool car but it’s not true. What is true is that, as of today, I haven’t since let a car be part of my identity and I haven’t since bought a car I couldn’t afford. Now that we could afford that brand new 3 series, it makes me crazy to think about spending that much money on a car, I can easily think of a zillion better ways to spend 40 grand.

These are the ideas that help me in my ongoing struggle to  keep my stuff separate from my identity.

It’s wrong-minded, stupid and downright dangerous to let your stuff become who you are. I know when this is happening because I become willing to make choices that allow me to acquire or keep things that go against my overall goals. I am a fantastic rationalizer and I can talk myself into almost anything. I know this can be a problem, so I always discuss big purchases with someone rational and uninvolved and I go slowly in making those decisions.

It’s perfectly OK to have stuff. Even really cool, expense stuff. As long a) as you can pay for it, in cash, in full without touching your retirement savings or emergency fund or using any other silly accounting self-trickery and b) it doesn’t conflict with your overall long term goals.

Never buy to impress others. If you didn’t own that car, that house or that boat would you still be the same person? Would others still see you the same? Do you own it for your own personal enjoyment or do you use it to try to influence others opinion of you?

2 thoughts on “When What You Own Becomes Who You Are”